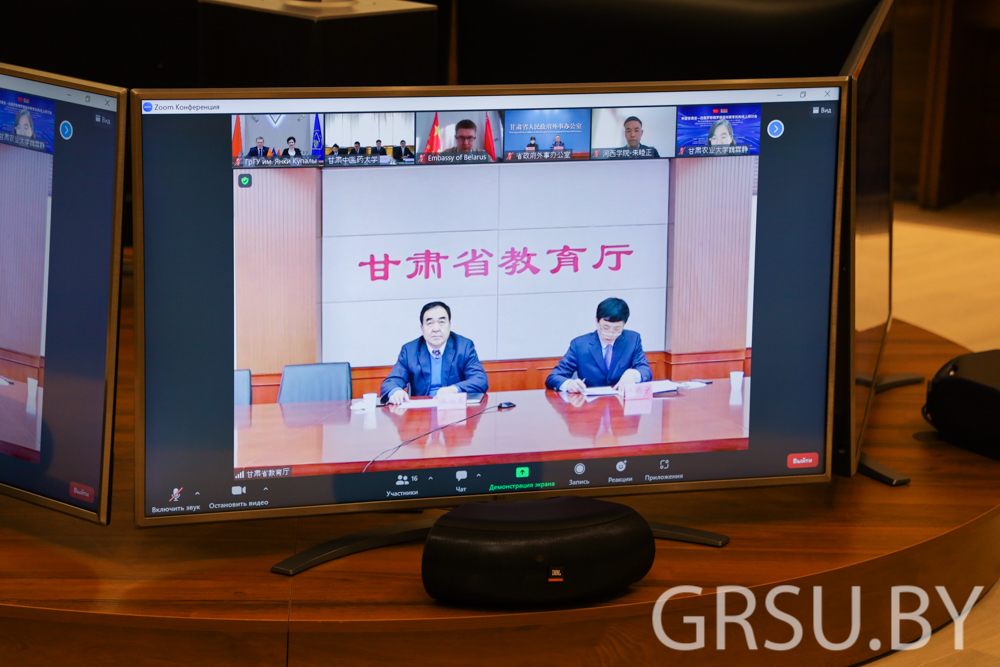 Within the framework of the conference, Rector of Yanka Kupala State University of Grodno, Iryna Kiturka presented the educational potential of the university and told about its advantages and achievements.

By the way, Chinese universities are significant strategic partners for our university. Yanka Kupala State University of Grodno implements an active international policy within the framework of around 200 agreements with foreign institutions and organizations from 30 countries, including 9 organizations of the People's Republic of China, cooperation with which was established back in 2001, when the first agreement of international cooperation with the Zhongnan University of Economics and Law was signed. For that purpose, the university implements a strategy for the development of cooperation with China in the field of education, which is an integral part of the overall strategy of our university – advanced development strategy.

In September 2017, during the visit of a delegation from Gansu province to Grodno, an agreement on the support of the organization of training within the project «Russian Language School» between the Office of External Relations under the Government of Gansu province of PRC and the Committee of Economics of the Grodno Regional Executive Committee was signed.

In October 2017 and May 2018, representatives of Gansu Province have been learning Russian at Yanka Kupala State University of Grodno. In the 2017/2018 academic year, the staff of the Office of External Relations under the Government of Gansu province attended Russian language courses at the Faculty of Philology under the educational program of the first stage of higher education «Russian Philology» and at the same time received a Master's degree in International Economics. On August 3, 2018, during the visit of the delegation of Gansu Province, our university hosted the ceremonial opening of the Center for Training of Gansu Province Personnel.