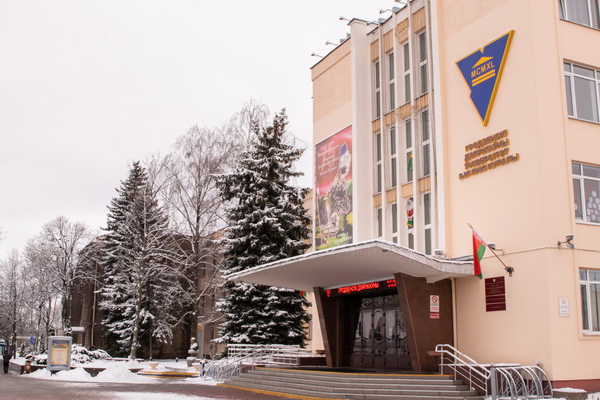 To explore the development of Kupala University on January 29 scientists presented the most significant results of scientific-technical and innovative activity in the country within the framework of the exhibition in the NAS of Belarus.
Two developments of representatives of Yanka Kupala Grodno State University were presented at the exhibition dedicated to the Belarusian Science Day. One of them is included in the top 10 results of scientists ' activities for 2020 in the field of basic and applied research. This is the development of a team of authors from Kupala University and the Institute of Biochemistry of Biologically Active Compounds of the National Academy of Sciences of Belarus. The development relates to the field of medicine and can be used for the treatment and prevention of toxic liver damage. Scientists have proposed a drug composition containing melatonin, which has the properties of an effective direct and indirect antioxidant, a bioenergetic substrate succinate and an extract of cranberry fruit flavonoids. Among the scientists-developers is the Professor of the Department of Biochemistry of Yanka Kupala State University, Doctor of Biological Sciences Ilya Zavodnik.
As a significant result of the scientific-technical and innovation activities at the exhibition in Minsk was submitted to another development of Kupala University, authored by the leading researcher, associate Professor, candidate of Physico-Mathematical Sciences Vitaly Stepuro, the Associate Professor of the Department of General physics, the Doctor of Physico-Mathematical Sciences Andrew Lavysh, the Associate Professor of the Department of General Physics, doctor of Physico-Mathematical Sciences Svetlana Gogoleva, head of the Department of General physics, associate Professor, the Doctor of Physico-Mathematical Sciences Alexander Maskevich. At the exhibition at the National Academy of Sciences of Belarus, the scientists of Yanka Kupala State University demonstrated how micro-viscosity and temperature sensors based on fluorescent molecular rotors work for the needs of fluorescence microscopy in the application to biomedicine. The development relates to the field of spectroscopy and fluorescence microscopy and can be used to determine the temperature and viscosity in locally small volumes of matter based on the analysis of the optical signal from the molecular rotor.