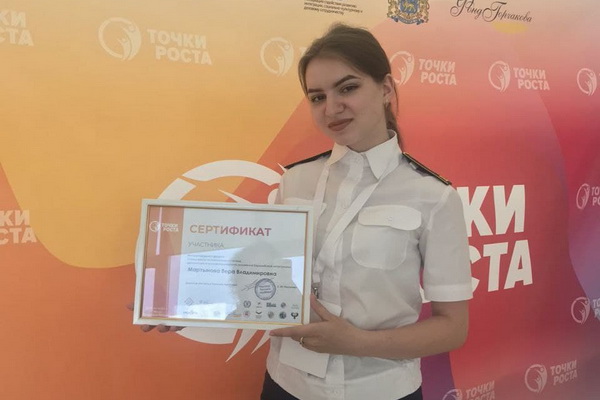 The International Forum was held in Minsk last week and brought together young people from Belarus, Russia, Armenia, Kazakhstan and Kyrgyzstan.
Vera Martynova, a 3rd-year student of the Faculty of Law of Yanka Kupala State University of Grodno, was also among the participants of the forum. Representatives of young people from five countries of the Eurasian Economic Union gathered in Minsk, who discussed new options for cooperation between the states for several days.
The program included lectures, seminars, discussions and master classes dedicated to the search and discussion of new ideas, as well as the ways to solve socio-economic and political problems. It was possible to join the forum online.
The forum in Minsk has become one of the educational events implemented within the framework of the international project in the field of public diplomacy "Points of Growth". 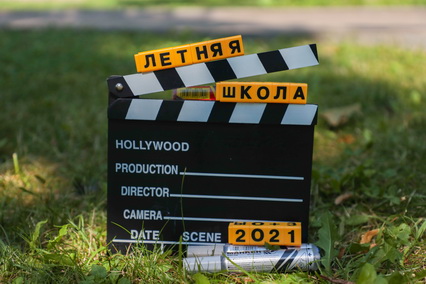 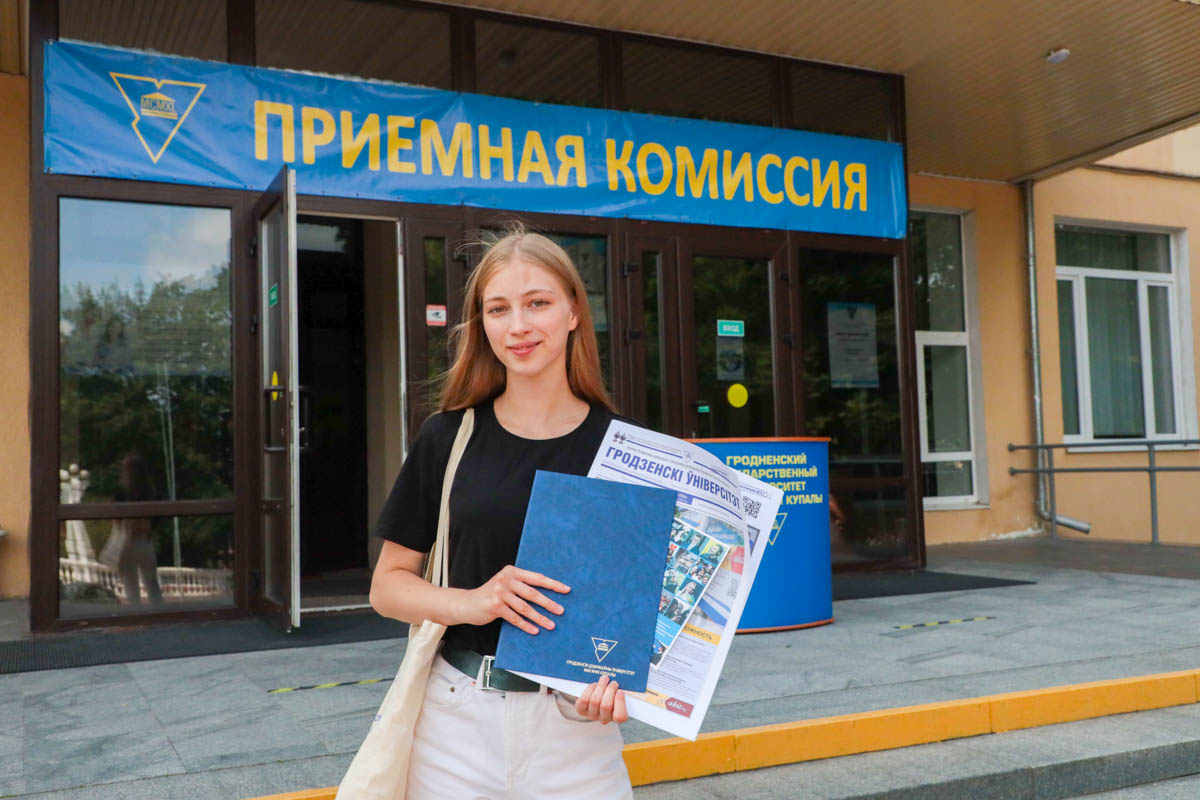 On July 26, the reception of documents for higher education at the expense of the republican budget was completed at Yanka Kupala State University of Grodno. 2,408 applicants apply for 1,095 budget places.

Internal entrance tests will be conducted according to the schedule in the period from July 27 to August 4, information about the date and time of the applicant's appearance for the exam is provided in his/ her Digital office. For nonresident applicants, the university provides an opportunity to settle in a dormitory for the time of passing exams.
Remote consultation of applicants and their parents has been organized, including a video consultation on the procedure for conducting entrance tests on the website www.abit.by.
Contacts of faculties for consulting and the schedule of entrance tests are also available in the Digital office of the applicant, information about the schedule of entrance tests is also available here. Detailed information about the course of the admission campaign (including the entrance test program), the proposed specialties, the deadlines for submitting documents and conducting entrance tests can be found on the website www.abit.by, as well as at the point of work of the admission committee of Yanka Kupala State University of Grodno at the address: Lenin Street, 32. 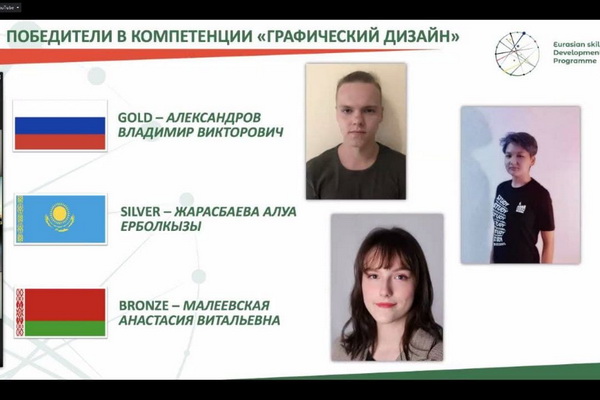 According to the results of the competition among young professionals from the countries of the Eurasian space, Anastasia Maleevskaya took the 3rd place in the category "Graphic Design".
Anastasia Maleevskaya represented Humanitarian College of Yanka Kupala State University of Grodno at the championship, which she successfully graduated from in 2020. Its head and expert of the championship was Elena Prokopchik-Bialiatskaya.
The distributed Eurasian Championship according to World Skills 2021 standards was held in preparation for the world competitions, which are planned to be held in Shanghai. 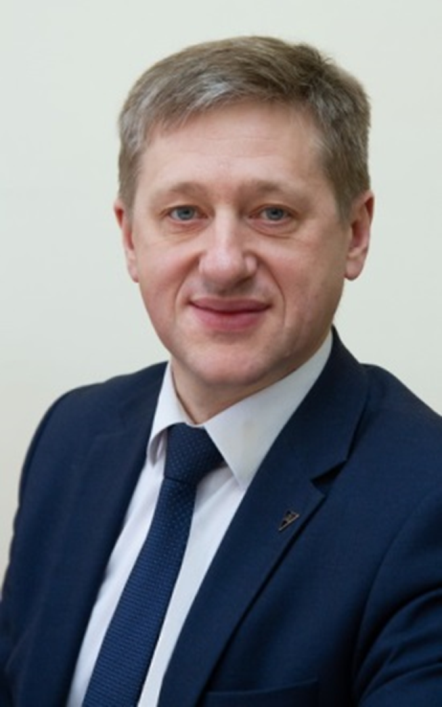 Yury Ramanouski, Vice-Rector for Science, was appointed to the position of First Vice-Rector. 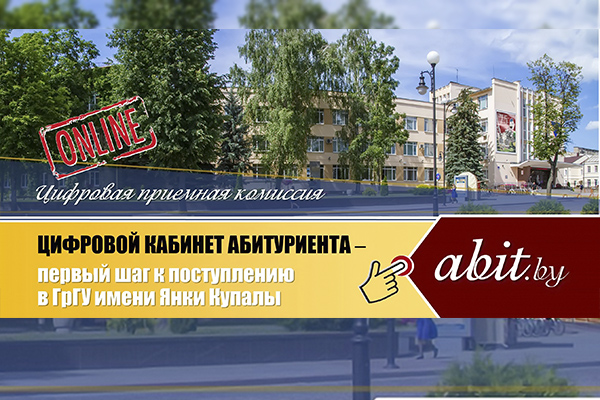 For more than one year, the Admissions Committee at the Yanka Kupala State University of Grodno has been working not only offline, but also online.

Within the framework of the Online Admissions Committee, Yanka Kupala State University of Grodno invites each applicant to create an applicant's user account, which contains all the information about the process of submitting documents, participation in the call, the results of passing the admission tests, the time and place of various coordination meetings. 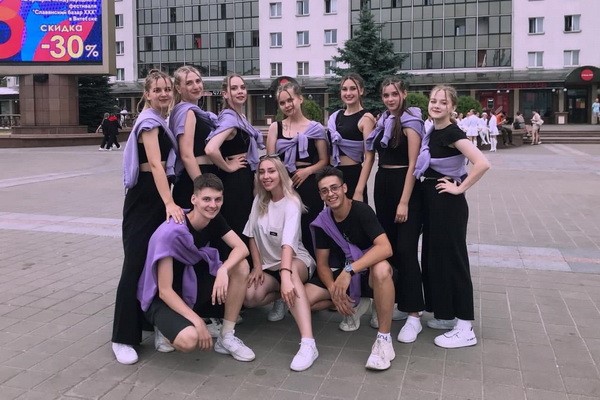 Employees and students of Yanka Kupala State University of Grodno became participants in the Days of Youth, demonstrated their professional skills and talent in a dance competition. 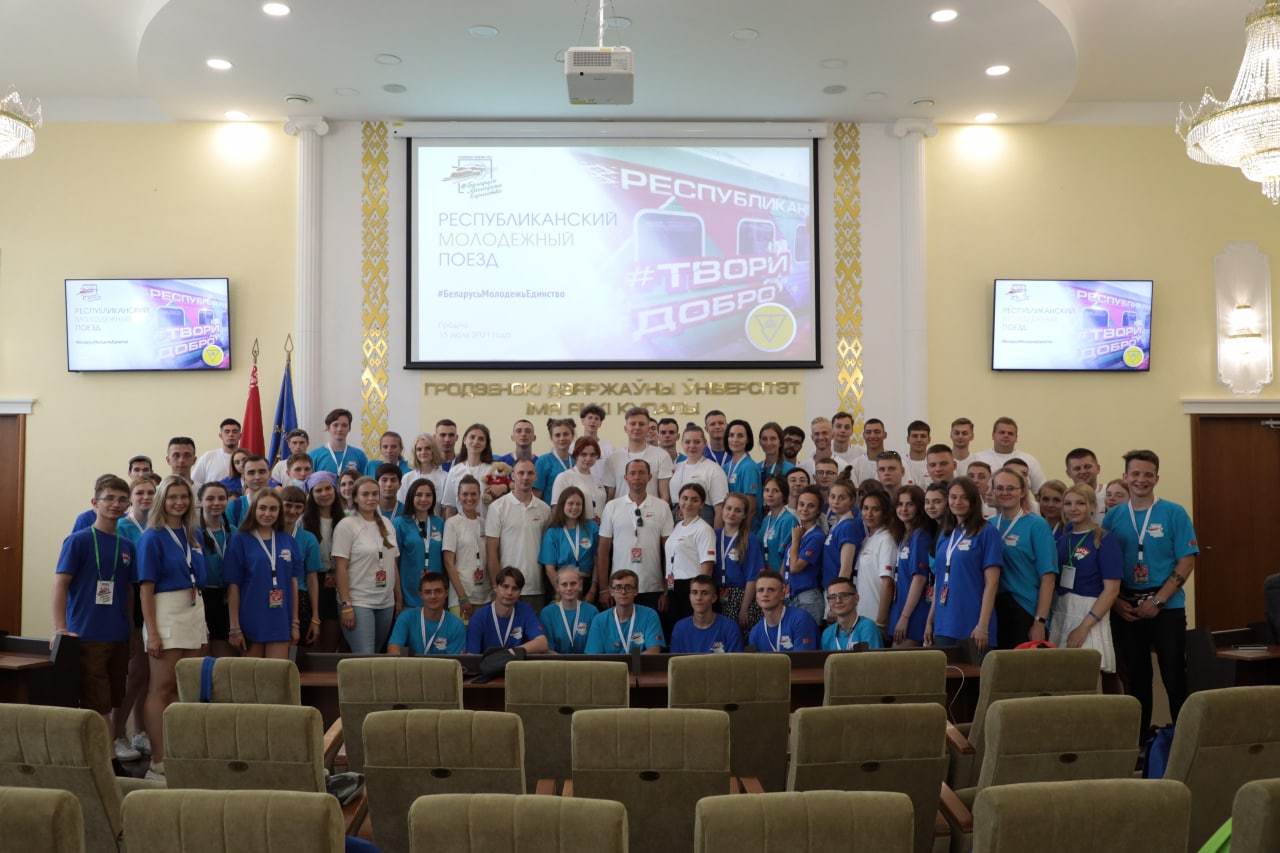 Grodno region and Kupala University became the starting point of a large route with the participation of the best Belarusian youth.

On July 15, in the youth capital of Belarus - the city of Grodno - a large-scale project "Republican youth train #BelarusYouthUnity" was launched. The visit to Grodno region began with a visit to the Grodno Zoological Park, where the youth landscaped the alley laid by the participants of the Republican youth train #BelarusMoladzNatkhnenne in 2020 and planted new trees. 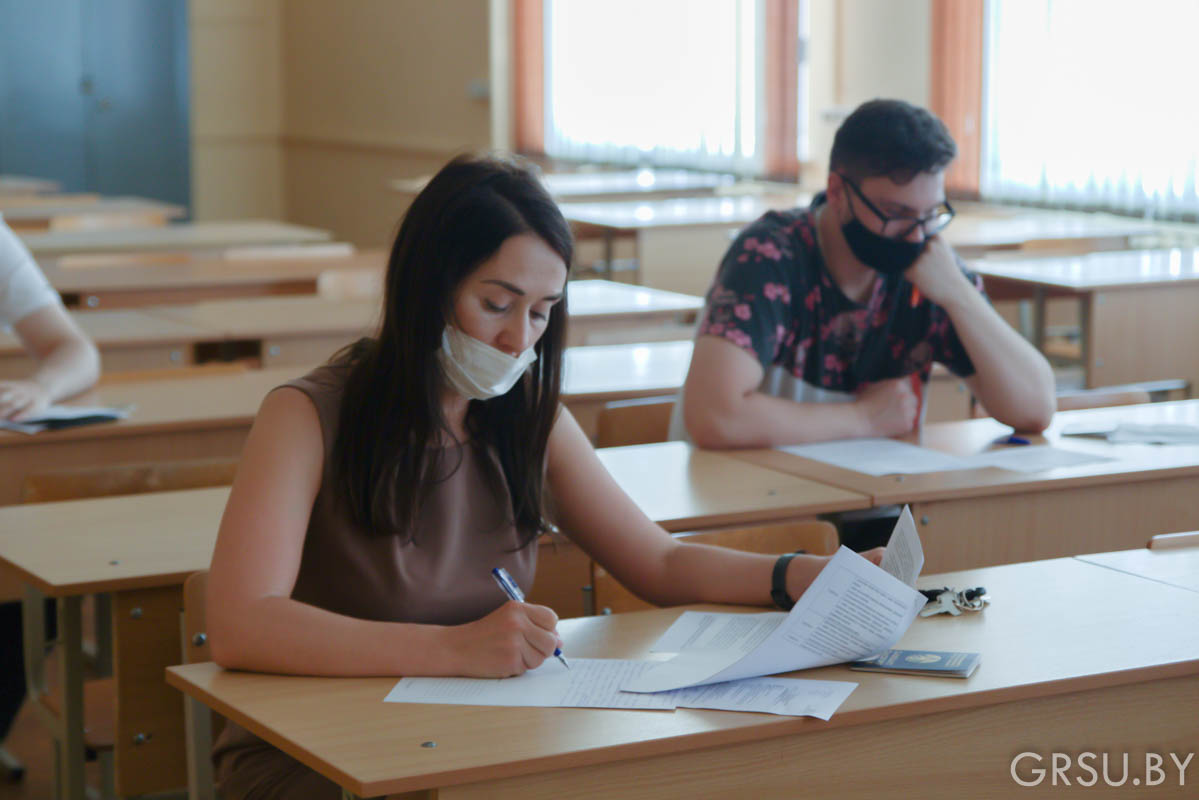 Currently, 131 people are enrolled in the master's program of Kupala University on a paid basis, of which 57 are for full-time education, and 74 are for part-time.

A total of 287 people were enrolled in the number of students of the II stage of higher education, full-time and part-time forms of education at Yanka Kupala State University in 2021. 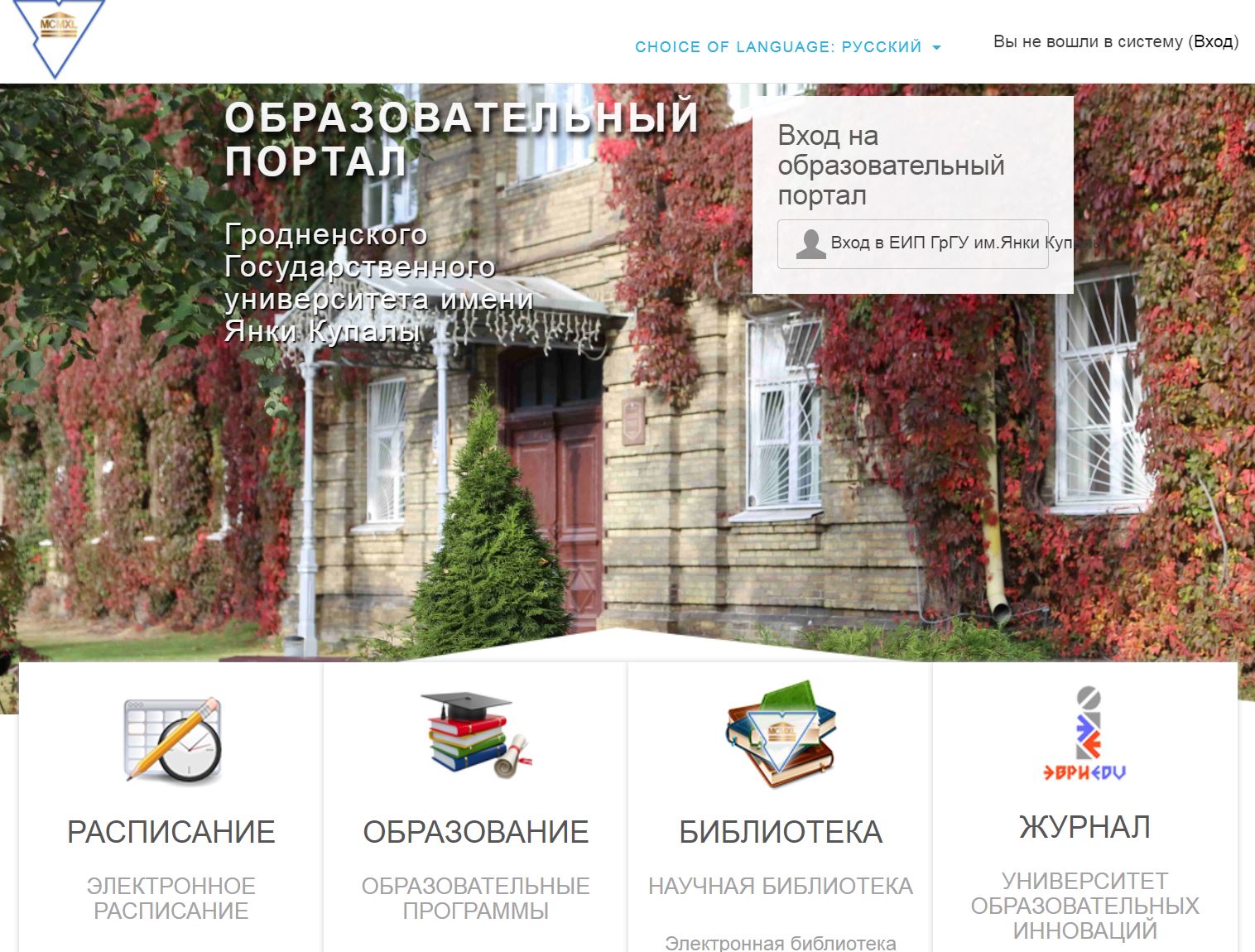 The work on the project is carried out by a group of students from Yanka Kupala State University of Grodno.

The project "Development of a mobile educational portal" won the competition for the provision of grants for the implementation of research and innovation projects in 2021. The author of the project is a student team under the scientific guidance of Andrei Urbanovich, senior lecturer of the Department of System Programming and Computer Security. The project will also involve a resident of the Science and Technology Park of Yanka Kupala State University of Grodno, private unitary enterprise "Romanets Enterprises", created by a student of the University. The result of the project will be the creation of a mobile personal account. The project is financed from the Yanka Kupala State University of Grodno Fund for Innovative Development.

Deadline is extended till 1 August 2021 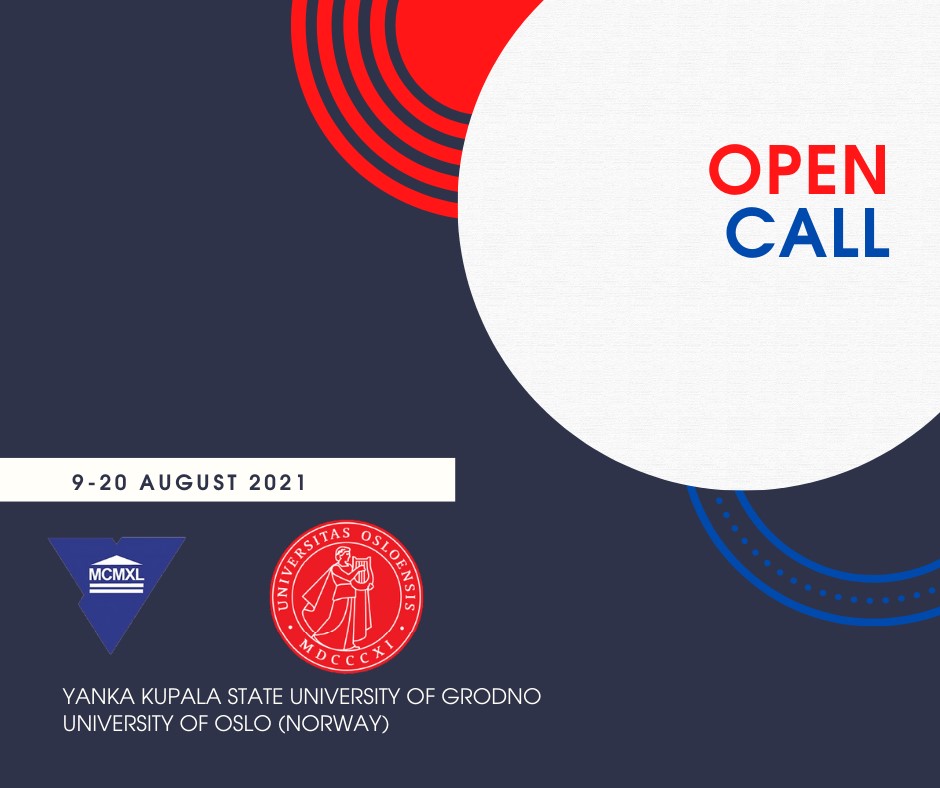 The courses are designed taking into account the latest trends in world education, cover the most relevant topics and aimed at developing the necessary competencies of business and intercultural communication of trainees.

Everyone interested are welcome to take part in the summer courses!

At the end of the course students will have a final exam, according to the results of which credits are awarded (2 credits). Both students and staff members will receive a certificate.

The number of students for each course is 10.

Applications are accepted on a competitive basis.

Signed documents in PDF format should be sent to the e-mail: This email address is being protected from spambots. You need JavaScript enabled to view it.

If you require any further information feel free to contact us: 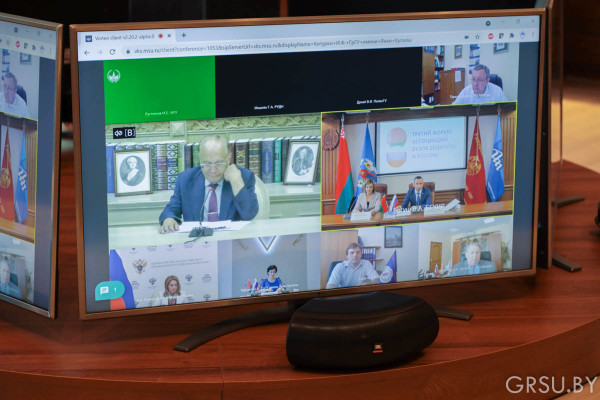 The third Forum of the Association of Russian and Belarusian Universities was held on June 28 online.

During the plenary session, reports were made by the moderators of the forum - Academician, President of the Russian Union of Rectors Viktor Sadovnichy and Professor, Chairman of the Republican Council of Rectors of Higher Education Institutions of Belarus Vadim Bogush.

The work of the Forum participants continued in the framework of three breakout sessions: "Universities and Society", "University Science and High Technologies: from Idea to Commercialization" and "Experience of Distance Learning and Digitalization of Universities."

In the first section, the rector of the Yanka Kupala State University Irina Kiturko made a presentation on "The upbringing of a patriot and a citizen is the most important task of a higher education institution". In her speech, she noted that one of the main tasks of the state youth policy is to educate a patriotic citizen capable of creating and creating in the name of his Fatherland.

In her report, Irina Fedorovna spoke about Kupala University and its potential for young people in various fields of activity, and also emphasized that the upbringing of a patriot and a citizen is not a separate isolated process. This is an ongoing process that permeates all components of student life: study, scientific work, extracurricular activities. In addition, the rector said that within the framework of the organization and development of civil-patriotic education of youth, the university creates conditions for the self-realization of each student in the field of research and innovation. At the end of her speech, Irina Fedorovna noted that in the information space, the corporate community, the external environment, Kupala University is traditionally positioned as a university of opportunities for everyone, where, following the University's Mission, the necessary conditions are created for realizing the potential of youth as a professional, citizen, patriot. 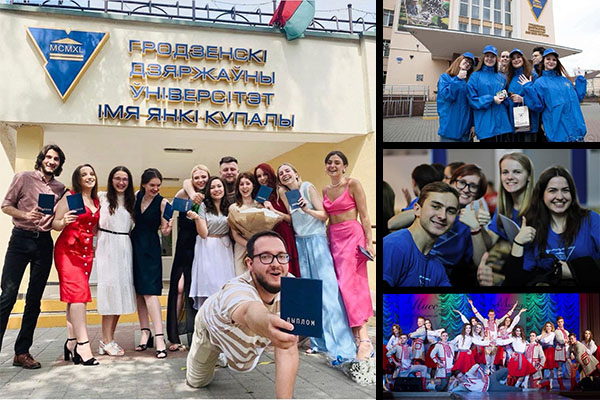 Youth! A time of hope and fulfillment of desires, a time of opportunities and creativity, a time of acquaintances, love, dawns, dates and romance, endless activity.

Let the lines of the classic of Belarusian literature Yanka Kupala be a kind of motto of self-confidence and faith in tomorrow for every Kupala University member:

Of our boundless country!

Mountains and the sea can you overcome,

Melt the icicles with your heart.

Dear, glorious youth of Kupala University, Grodno region, Belarus! The main thing - believe in yourself. You will definitely succeed. And let your youth, as a certain period of life, over time is sure to become a state of soul! 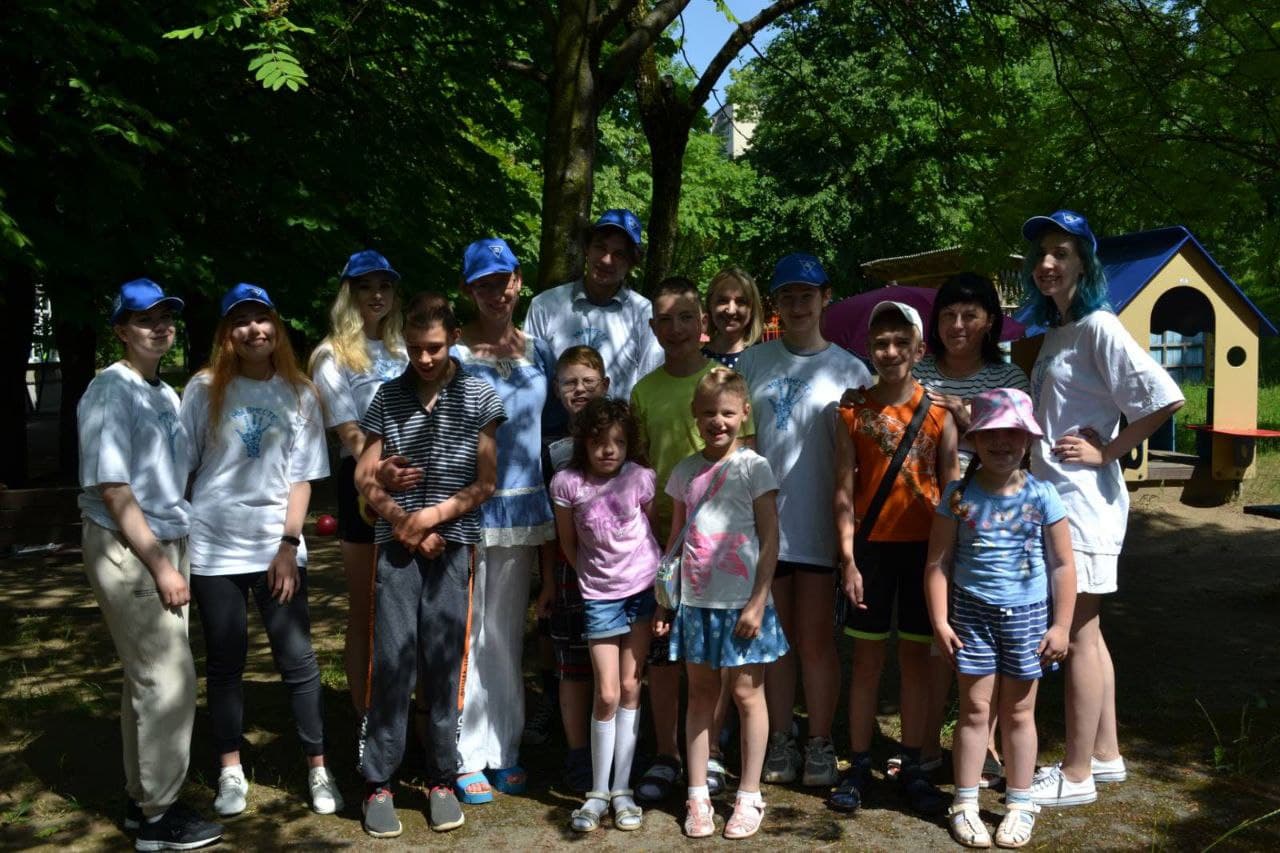 The charity event took place on June 24 as part of the Youth Week.

Representatives of Kupala University visited the pupils of the Grodno regional rehabilitation center for disabled and sick children of a neuropsychiatric profile. Volunteers from the “We are Together” squad, guys from the fellowship of foreign students, as well as the head of the Volunteer Center of Yanka Kupala State University Valentina Esina and the head of the volunteer squad of the philological faculty Olga Budenis took part in the charity event.

Students and staff of the Yanka Kupala State University of Grodno handed over to the representatives of the specialized institution a certificate from the leadership of the university and the student trade union committee for the purchase of the necessary equipment for the rehabilitation of sick children. Also, the students organized an outdoor entertainment program for the pupils of the Center.