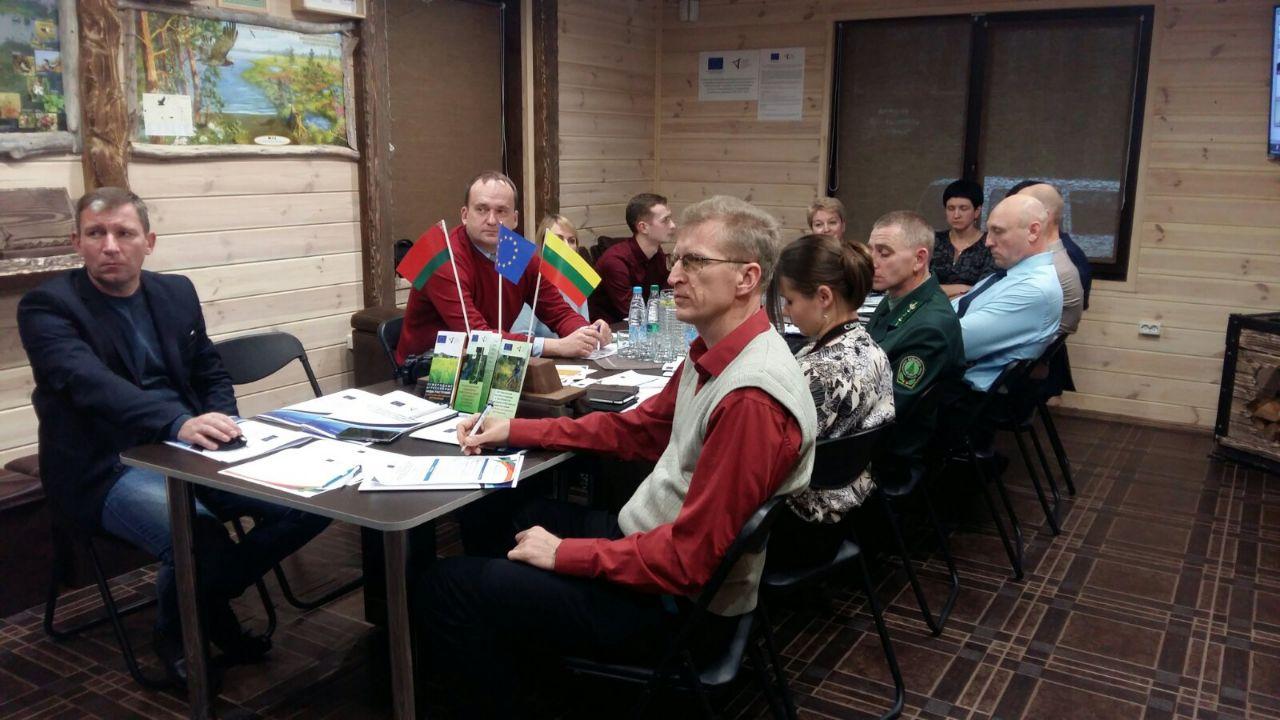 During the event, were summed up the results of the project and also was proposed the strategy for further cooperation on combating the spread of dangerous plant species in the Belarusian-Lithuanian border region.
Project partners ENI-LLB-1-207 "Reducing the negative impact of alien invasive plant species on ecosystems and human well-being in a transboundary region of Lithuania-Belarus" are the administration of the municipality of Varena region, the administration of Dzūkija national Park and Cepkeliai nature reserve also Yanka Kupala State University of Grodno, the Department of Agriculture and Food of Grodno regional Executive Committee, State Environmental Institution Republican Landscape Reserve "Ozery". The final conference with the representatives of two countries was held in online format.
The event was attended by deputy chief of the main Department of Biological and Landscape Diversity of the Ministry of Natural Resources and Environmental Protection of the Republic of Belarus Nikolay Svidinsky, vice-chairman of the Grodno regional Executive Committee Valery Balashov. On behalf of the Lithuanian partners, director of the public organization "Natural Heritage Foundation" Gedeminas Raschyus gave a welcoming speech.
In his speech, the Dean of the Faculty of Biology and Ecology of the Yanka Kupala state University of Grodno Alexander Karevsky expressed confidence that the results achieved as a result of the project will be a good incentive for further cooperation.
– We managed to start forming an ecological mentality among the local population of the border territories in order to ensure that they promptly notify us and environmental organizations of the discovery of new types of alien plant hotbeds. To prevent further penetration of these plant species into wider territories, timely localization of these hotbeds is very important, - Alexander Karevsky noted.
Within the framework of the ENI-LLB-1-207 project "Reducing the negative impact of alien invasive plant species on ecosystems and human well-being in a transboundary region of Lithuania-Belarus", were resolved issues of joint organization of work on the control and destruction of invasive plant species in the border area, and options for joint work with authorities, land users and the local community were proposed. In addition, field excursions were conducted to the places where such invasive plant species grow as American maple, ironbill, echinocystis lobe, canadian goldenrod, giant goldenrod and others. Project participants have acquired methods of species identification and skills in work with an online questionnaire for recording invasive plants.
During the final conference, it was noted that the cross-border cooperation project was successfully implemented and it is necessary to continue to work in this direction.