Head of the Department of General and Slavonic Linguistics of the Faculty of Philology Ludmila Rychkova and senior lecturer of the same department Alesia Stankevich visited the Institute of the Lithuanian language and Vilnius University on the 14th of July, 2016. 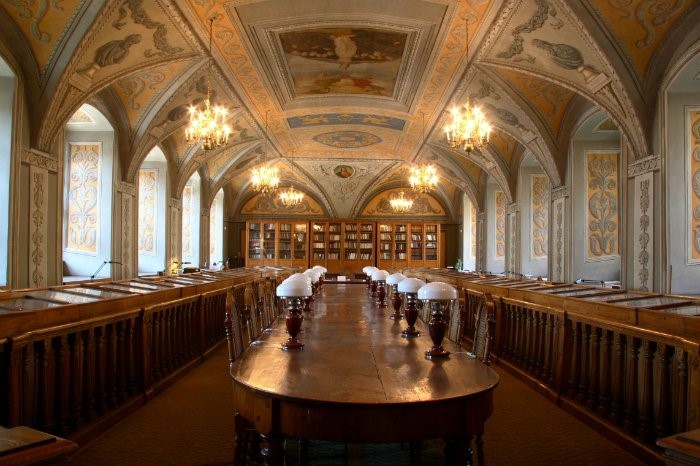 During the visit, representatives of Yanka Kupala State University of Grodno consulted colleagues from Lithuania, telling them about the organization and content of the training workshop «Didactic possibilities of the National Corpus of Russian (corpus-based and corpus-driven learning)». By the way, a similar scientific event will be held by YKSUG for teachers of Russian as a foreign language in different countries within the framework of the International Scientific Conference "The written heritage and information technologies» El'Manuscript in Vilnius on 22-27 August 2016.

It is worth noting that the existing agreements on cooperation between our University and the Institute of the Lithuanian language and the Lithuanian Academy of Sciences Vilnius University provides a basis for scientific cooperation, including in such important areas as the preservation of the common cultural heritage.

Perhaps it is this interaction between the representatives of our university have discussed with the staff of the Research Center for Conservation of Cultural Heritage of the Vilnius University Library.

Vilnius University Library - is not only a repository of the richest book collections, but also a research center. One of the areas of its work is the restoration and digitization of the rare books. The oldest of the existing halls of the library, named after the creator of the painting of the hall, professor of painting at Vilnius University Francis Smuglevich, is used for various exhibitions, including the exhibition of rare books. The exhibition, which was visited by the Head of the Department of General and Slavonic Linguistics of the Faculty of Philology Ludmila Rychkova and senior lecturer of the same department Alesia Stankevich, was devoted to the history of science, and library science.