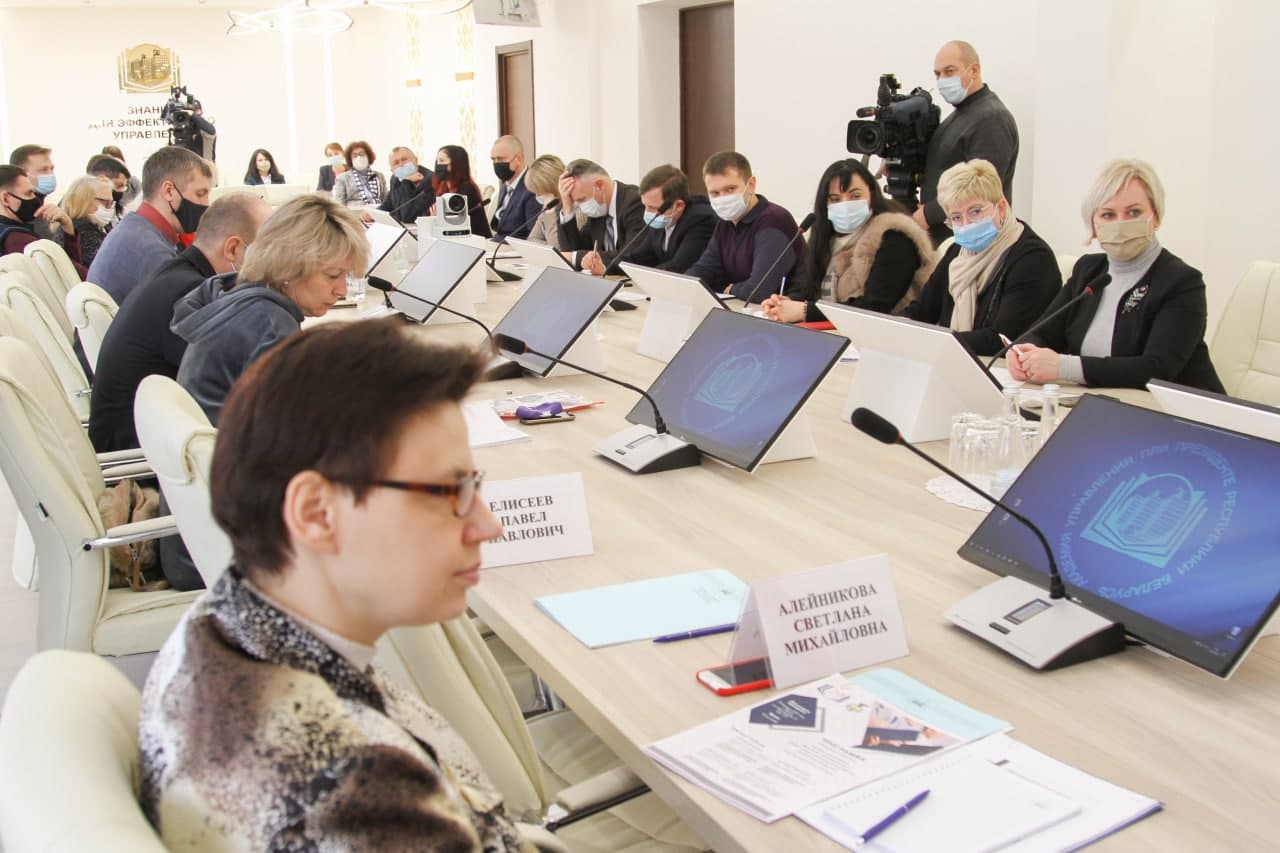 Representatives of Yanka Kupala State State University took part in the discussion of topical issues of socio-economic and socio-political development of the country at the Academy of Management under the President of the Republic of Belarus.
At the opening of the seminar on topical issues of socio-economic and socio-political development of the Republic of Belarus, Rector of the Academy of Management Vyacheslav Danilovich addressed the audience with a welcoming speech. Valery Belsky, Assistant to the President of the Republic of Belarus for the Development of the Financial and Credit system, Svetlana Aleynikova, analyst at the Belarusian Institute for Strategic Studies, and Pavel Yeliseyev, Deputy Head of the Department for Supervision of the Observance of Citizens’ Rights and Freedoms, also made reports on various topics as experts.
The seminar was held on January 16 in the format of an open dialogue, when each of the participants could ask a question and get a detailed, competent answer to it. Head of the Department of Educational work with Youth Oksana Kotova and Associate Professor of the Department of Philosophy of the Faculty of Education Snezhana Semernik took part in the event on behalf of Yanka Kupala State University.