About 1,000 graduates of Yanka Kupala State University will be assigned to the first job this year (VIDEO ADDED)

About 1,000 graduates of Yanka Kupala State University will be assigned to the first job this year (VIDEO ADDED) 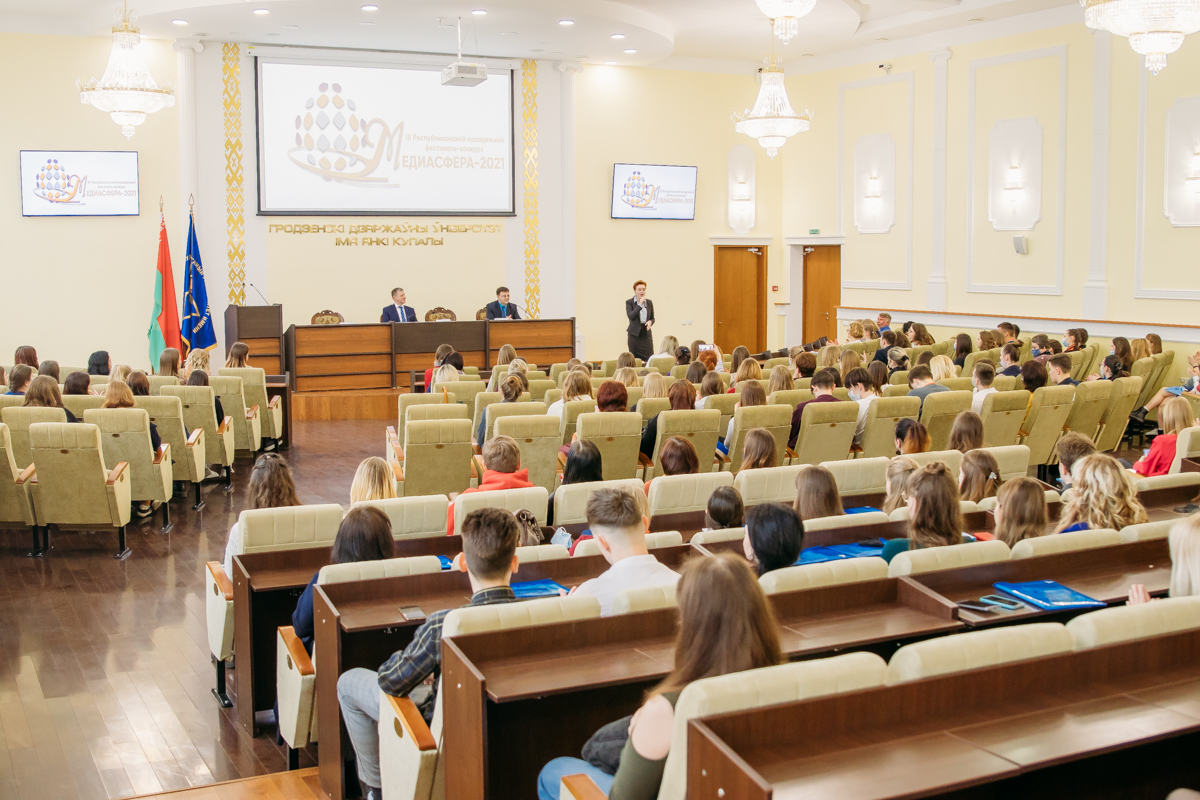 On 8th of April in Yanka Kupala State University of Grodno started the distribution of university graduates of daily budget students. The first recipients were from the Faculty of Physical Education. The first job was allocated primarily to students who were trained with funds from the national budget. However, as in previous years, job placement was also available for fee-paying students.
– Every year the Yanka Kupala State University provides 100% of graduates with the first job. In fact, we already at the stage of the reception campaign carry out the recruitment of students according to the needs of the client organizations, therefore we have no problems with the distribution of graduates, - explained Marina Kolotsa— the Head of the educational-methodical administration. Further education at the university is carried out in close cooperation with the clients of personnel. They participate in the preparation of curricula, conduct classes and they are members of State examination commissions. Our students are practicing at their intended place of employment. At the request of the client organizations, students write diploma and carry out interdisciplinary projects. And finally, the first job for many of our graduates is the place they have been preparing for throughout their studies. For example, Oksana Dobrinskaya, a graduate of the Faculty of Physical Education, successfully combined university and work in kindergarten, introducing children to physical culture. She didn’t worry on the eve of the distribution: Oksana has an application from a future employer and a fairly high rating among the students of the faculty.
– I’m the third-highest in my class, so I’m counting on a good distribution, - told Oksana Dobrinskaya. - I’ve been working at a kindergarten in Grodno as a physical education director for a year now. I hope I’ll stay there, I really like my job. I’ve learned a lot already, and in two years I’ll be a young specialist, I’ll learn more about the profession, I’ll gain experience.
But Artem Zayac knew that he would return to his native Dyatlovsky district four years ago, when he was just admitted to the Faculty of Physical Culture of the Yanka Kupala State University of Grodno. He has a target orientation and also experience in one of the Grodno schools, which will be useful for him in the workplace, where he will go on distribution already as a young specialist.
– In my third year as a university student, I started working in school № 22, in Grodno. It was not difficult to combine work and study, as the university provides opportunities for those who work to attend classes on an individual schedule. Now, I’ll return to the Dyatlovsky district, where I have family, relatives. So I’m pleased that this is the way things turn out - shared with Artem Zayac.
Every year the Yanka Kupala State University provides the first job for all graduates. Applications from institutions and organizations of the city and region are sufficient, and this year there are even more applications than graduates to be distributed.
– This year at our faculty there are 36 students of the budgetary form of education, including 7 athletes of the national team, who are in a position not to be distributed - noted Andrey Navoichik, Dean of the Faculty of Physical Culture. - It should be noted that, as of today, we have twice as many applications than graduates who need the distribution. Two fee-paying students have expressed a desire to get assigned to the first job. I think there will be others by the end of the school year.
Graduates of the Faculty of Physical Education are assigned to pre-school and general secondary schools, as well as to sports schools for children and young people and physical education centers. Some athletes remained in their teams.
In general, the Yanka Kupala State University in Grodno plans to distribute about 1,000 graduates in 2021. Generally, 90 per cent of them stay in the Grodno region. The most in demand today are graduates of pedagogical specialties. By the way, at Kupalov University about 40% of graduates are young teachers. The graduates of pedagogical specialties are the most needed. By the way, at Yanka Kupala State University about 40% of graduates are young teachers.

More in this category: « Yanka Kupala State University of Grodno will participate in the International Innovation Exhibition and Research Competition HI-TECH-2021 Alexey Dudorov, a student of Yanka Kupala State University, won gold at the European Trampoline Championship The European Trampoline Championships were held from April 29 to May 2 in Sochi »
back to top