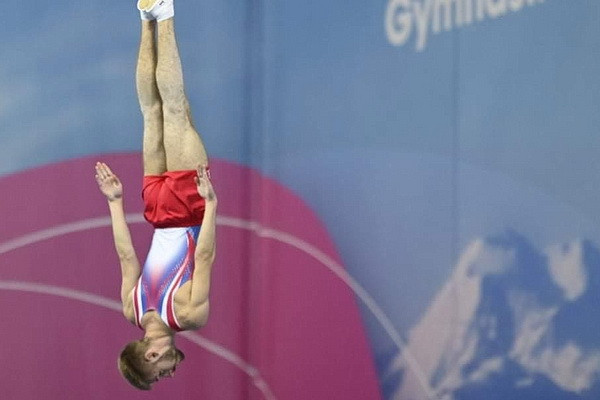 The large-scale competitions in Sochi brought together 300 athletes from 23 countries. Over the course of four days, athletes competed for medals in individual and team disciplines: individual jumps, acrobatic track and synchronized trampoline jumping.
The Belarusian national trampoline team successfully competed at the European Championships in Sochi. The team consisted of a 4th-year student of Kupala University Alexey Dudorov. Together with his teammates Ivan Litvinovich, Oleg Ryabtsev, Vladislav Goncharov, Alexey rose to the highest step of the podium, winning the "gold" of the championship in the team competition.