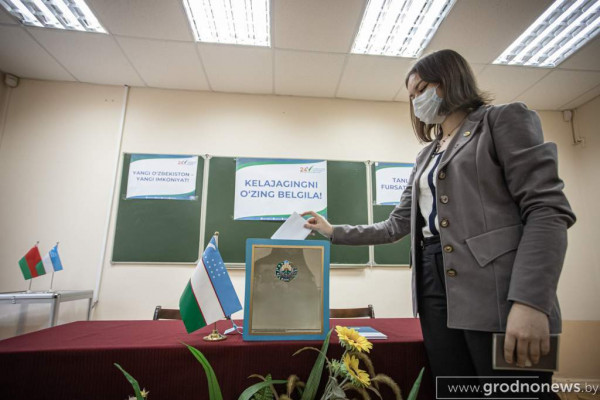 Early voting centres were set up across the country from 14 to 20 October. Students at Yanka Kupala State University of Grodno also had an opportunity to express their civic position.

Fifty students from Uzbekistan study at Kupala University. The adult students naturally exercised their right to vote in the elections. One of the first to do so was Ruslana Tolstosheeva, a third year student of the History of Communication and Tourism Department and coordinator of the World Youth Association of Uzbekistan in Grodno region. The girl said that the election is an indicator of concern about the future of their country.
Kupala students were glad that, being thousands of kilometres away from their homeland, they could take part in the most important event for each state.
Overall, more than 1,000 foreigners from more than 30 countries study at Yanka Kupala State University of Grodno. For each of them comfortable conditions of studies and accommodation are created.