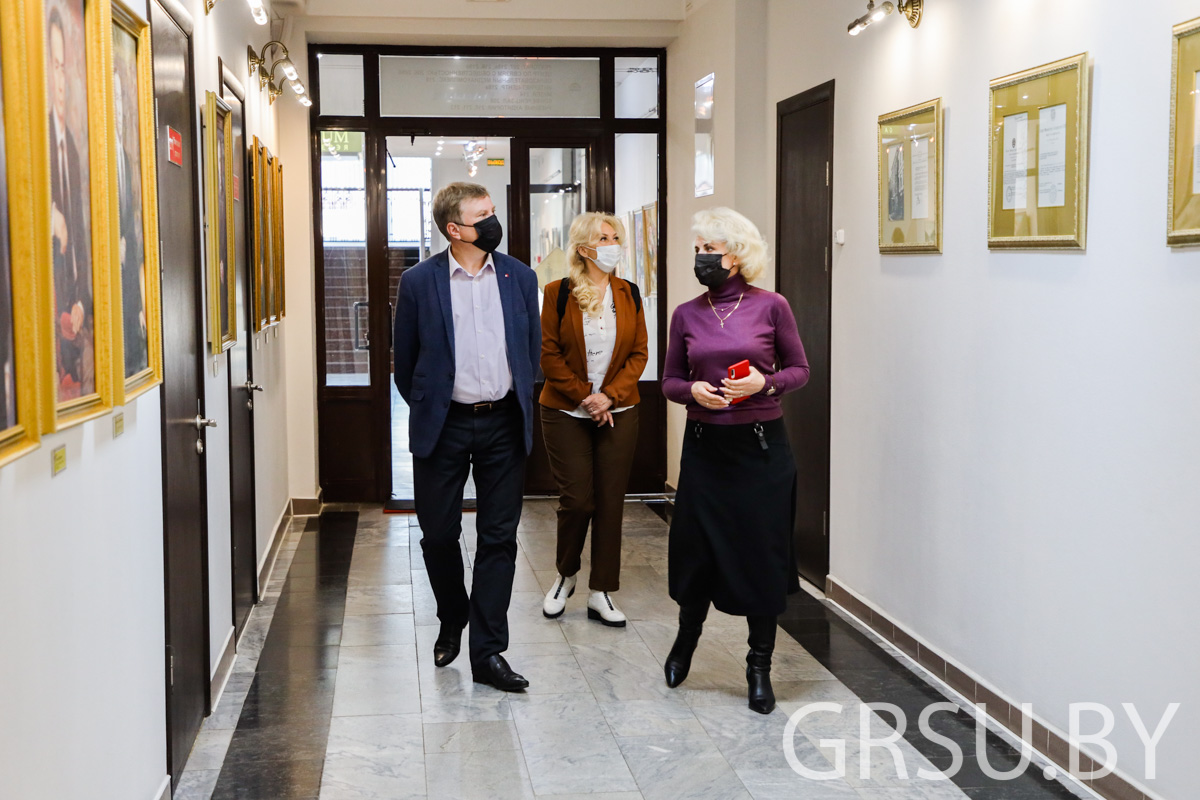 Doctor of Physical and Mathematical Sciences, Corresponding Member of the National Academy of Sciences of the Republic of Kazakhstan acquainted with the scientific potential of Kupala State University.
During the visit, Vladimir Kosov, professor of the Abai Kazakh National Pedagogical University, and Yury Bialykh, Vice-rector for Academic Affairs of Yanka Kupala State University of Grodno, discussed the prospects of cooperation between the institutions of higher education.
Vladimir Kosov also visited the Physico-Technical Faculty of Kupala University and familiarized himself with the activities of the research laboratories of molecular spectroscopy and nanostructure optics and radiation materials science. The staff members of the laboratories told about the scientific potential of the Physico-Technical Faculty, outlining the demand for scientific equipment in many higher education institutions and scientific organizations.