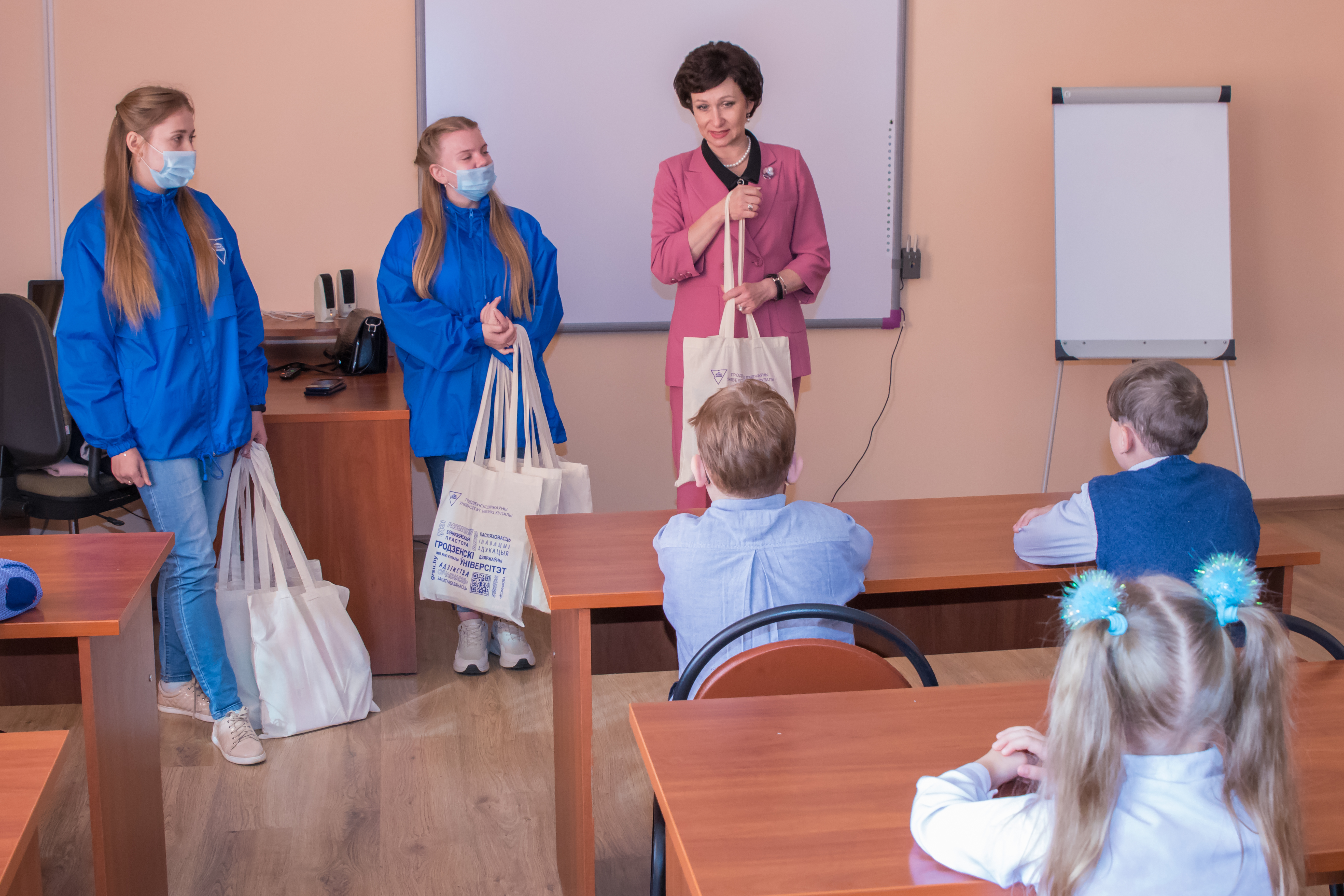 Pupils of the secondary schools No. 7 and No. 18 in Grodno were given sets of stationery collected by volunteers of Yanka Kupala State University of Grodno as a part of charity event.
Rector Irina Kiturko traditionally meets with schoolchildren at the beginning of the new academic year, tells them about the university and presents useful gifts.
– Together with our students who studied well at school, and then entered Yanka Kupala State University of Grodno, we came to congratulate you on the beginning of the new academic year, - Irina Fedorovna addressed the pupils. – And we want to wish you, guys, success in your studies, and teachers – talented and creative pupils.
Rector asked pupils about how they spent the summer, what they did during the holidays and whether they missed school and their school friends. The children willingly speculated about what the Day of Knowledge is and how two wonderful holidays New Year and a new academic year differ. Irina Kiturko noted that the doors of Yanka Kupala State University of Grodno are always open for children of Grodno schools, and in the future the Rector will be glad to see the children among the students of Yanka Kupala State University of Grodno.
Volunteers prepared 16 gifts as a part of the "Let's prepare children for School" campaign. In August, for several days, students collected school stationery: writing materials, paints, pencils, sketchbooks, sets for children's creativity, colored paper were brought to the main building of the University, and also handed over to volunteers in supermarkets in Grodno. Teachers and employees of the University joined the charity event.